How can you remedy the burn-out, bore-out and brown-out which lie behind an alarming rate of long-term absenteeism ?

We offer coaching solutions and the Moodwork digital platform.
Moodwork enables workers to take stock of their well-being in total confidentiality and to put in place a personal programme.

According to the World Health Organisation (WHO), depression and anxiety (including problems linked to stress) will be the main health problems at world level by 2020. Therefore, it is essential that these issues are placed in the hands of a professional (a coach or a therapist, as appropriate) trained to deal with this type of situation.

The phenomena of burn-out (professional exhaustion), bore-out (boredom at work) and brown-out (seeing no point in the work) currently lie behind alarming rates of absenteeism, even though the warning signs are not necessarily similar – hence the importance of knowing them.

A number of common symptoms are observed, including physical exhaustion, lack of attention, memory or concentration, aggressiveness, cynicism, sense of worthlessness, isolation, etc. It is essential to identify the mechanisms that led the person to collapse at a specific point in time. Nevertheless, despite a series of common symptoms, the approach adopted to the support provided must be entirely personalised.

This is the basis on which, during the first session, our team specialised in the prevention, treatment and curing of burn-out (with over 20 years’ experience in companies) assesses what point the individual has reached in this exhaustion process, in order to best determine what type of support he will need as a priority.

Burn-out can last a very long time. However, in most cases, the time it takes to effect a cure can be substantially reduced by adequate and customised support for the worker in question. 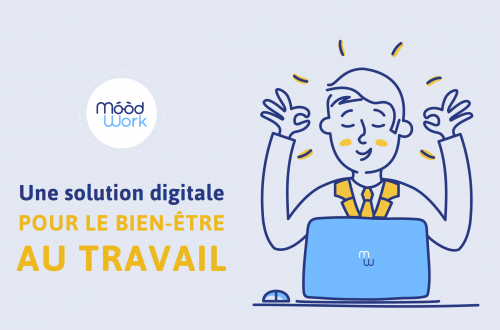 As a Moodwork partner, in addition to burn-out prevention coaching guidance, B-Efficient offers a digital application for well-being at work.

Moodwork was established in 2017 further to a meeting of Belgian and French researchers, business leaders and entrepreneurs.

The team is made up of enthusiastic individual from various, complementary backgrounds. They looked at the issue of well-being in companies and established Moodwork to ensure that all staff members take an active role in their own well-being.

The digital platform is intended for companies that are concerned for the well-being of their employees. It enables each worker to make their diagnosis and identify their risk factors in terms of stress and burn-out. Depending on the results, the application offers individual programmes (e-learning, exercises, individual interviews, etc.) in total confidentiality.

The Moodwork solution comprises four phases which are described below (analysis, action, guidance and information) : 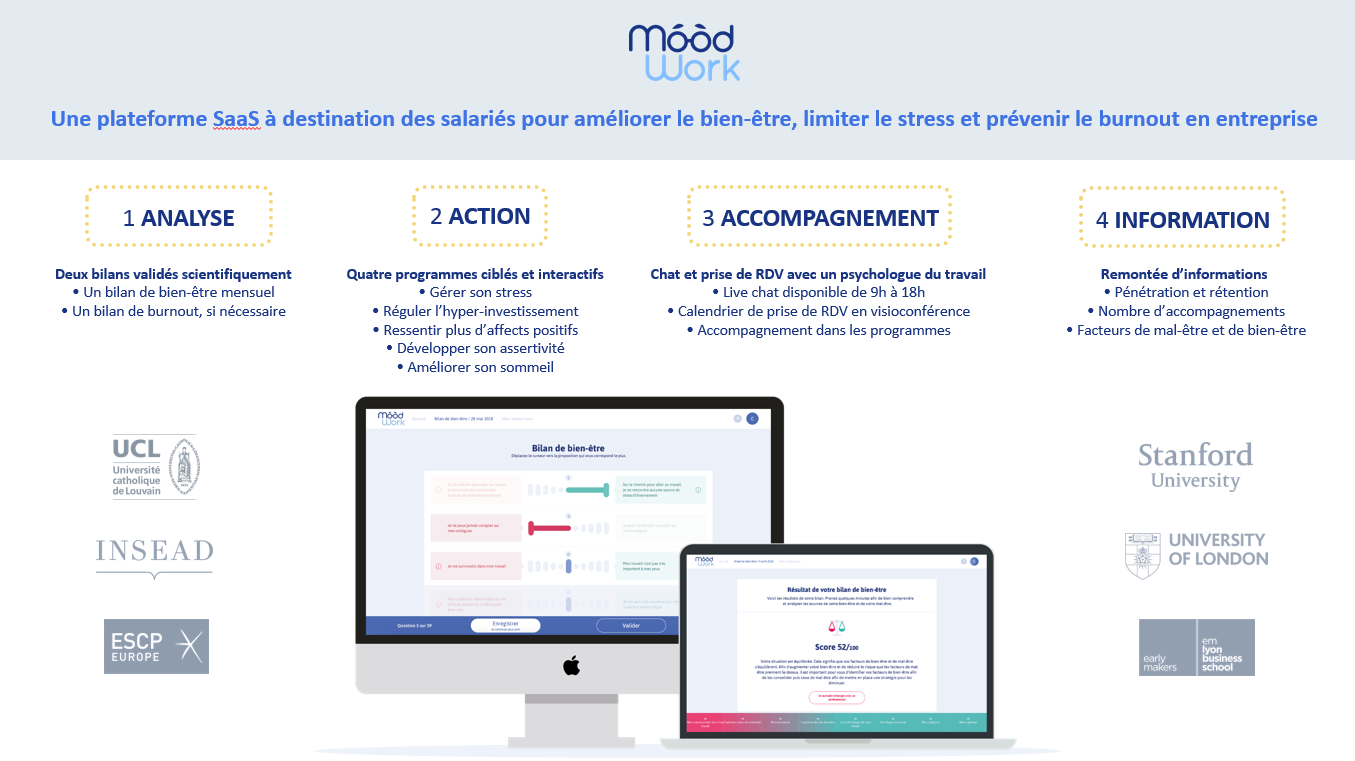 The 4 phases of the Moodwork solutions 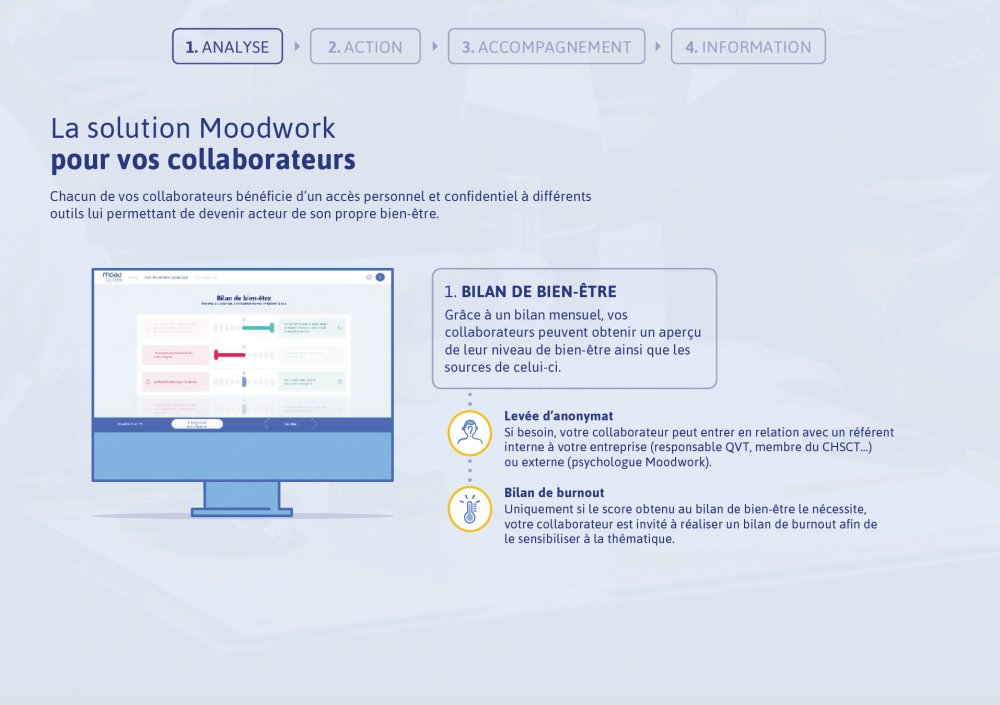 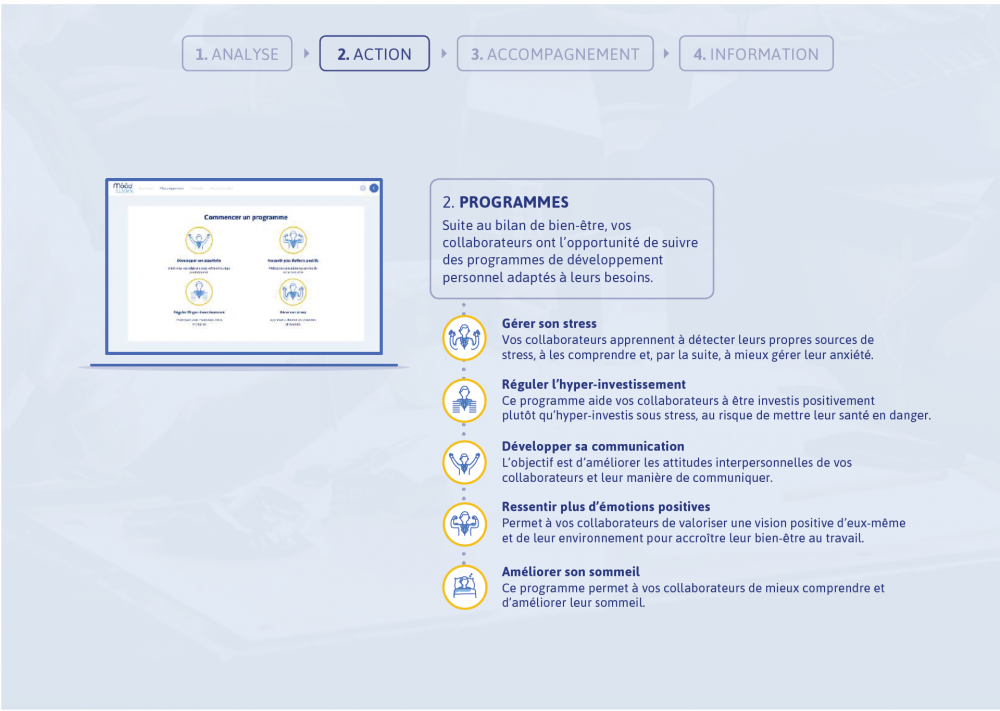 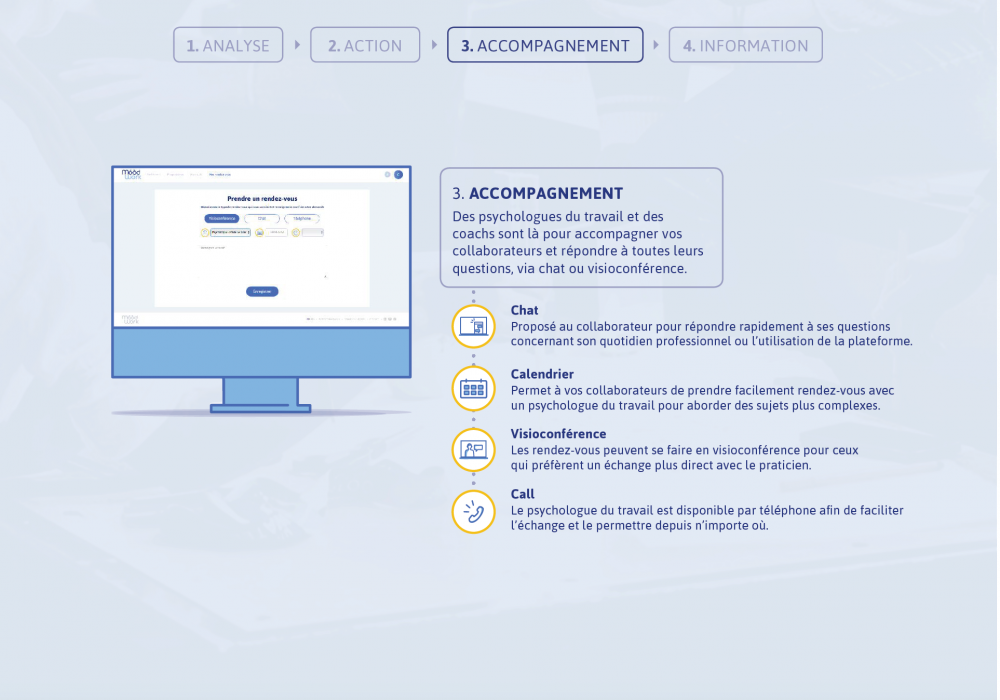 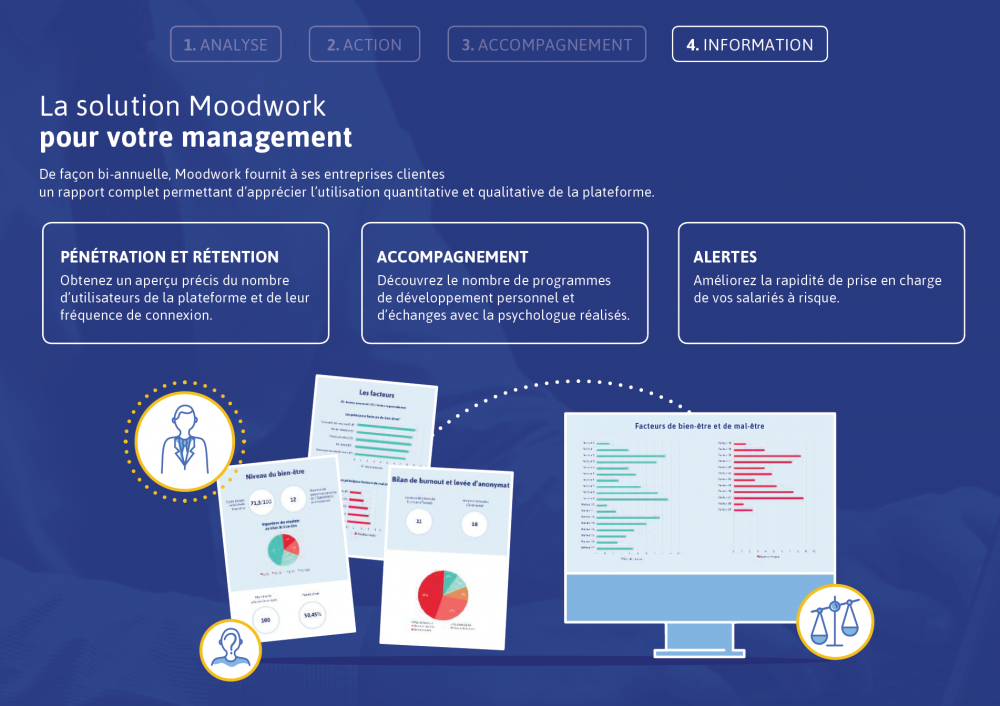 Discover our other coaching options :

Discover our other services :

Would you like more information about our burn-out prevention coaching ?